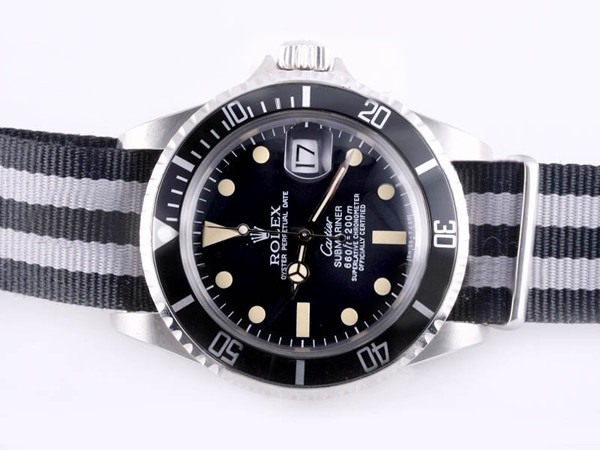 Aside from the possible timing feature, the dual time zone feature is almost the most popular add-on to luxury watches. A useful feature for pilots and travelers, it has been a staple of the industry for decades. In the Rolex range, there are actually three models of capability; Two of them are very similar, and the other offers a completely different explanation.
The replica GMT-Master II and Explorer II models both display a second time via an extra 24-hour hand pointing out the hour on an engraved bezel. Really the only non-visual difference between them these days is that the GMT’s surround rotates while the Explorer’s is fixed. The Rolex Sky-Dweller, by comparison, uses a revolving 24-hour ring set within the dial.
Currently, we are going to ignore the Explorer II, as it wasn’t initially regarded as a travel watch and didn’t initially offer dual-time functionality. On the contrary, the 24-hour hand on the original Explorer II was simply a prominent AM/PM indicator to help its intended users distinguish between night and day while working in total darkness. So, our battle of the GMTs comes down to the Sky-Dweller and the GMT-Master II; one of the longest-running icons from Rolex versus the brand’s most recently introduced all-new creation.
Technically speaking, the GMT-Master II is part of Rolex’s Professional Collection while the Sky-Dweller belongs to the Classic Collection. At first glance, comparing the two would seem a little strange, as they both have their own completely separate roles and identities. But the labels Rolex puts on their individual ranges are all fairly subjective in the modern era. Just as the Submariner is very rarely seen underwater being used for its primary intended purpose, so the GMT-Master II made the crossover long ago from indispensable gadget to a recognized symbol of achievement.
Its face is simplicity itself, with hour markers the standard mix of dots and batons, now even larger on Rolex’s Maxi dial. Very easy to read, the extra hour hand always stands in sharp contrast to whatever background it is placed in. And then, obviously, there’s the bezel. The one feature which has done more to endear the GMT-Master series to the public than any other over the years, in the current selection, exists in a choice of three color schemes.
The black and blue was the first two-tone surround to be offered on Rolex’s proprietary Cerachrom ceramic. Elsewhere, the black and brown is an amazing nostalgic throwback. But it is the blue and red Pepsi which has proved the most irresistible. The model’s versatile look makes it work as well with a business suit as it does with jeans and a T-shirt.
The Sky-Dweller, on the other hand, with its lack of crown guards and elegantly fluted bezel, could easily be mistaken for a Day-Date if you weren’t paying attention. It is surely taken from the same mold, although at 42mm in diameter, it adds a couple of millimeters to both the biggest President model as well as the GMT-Master II.
As for the dial, it is the busier of our two contestants; however, it has one additional complication, which we will get to later. The main cause of complaint amongst the watch’s detractors is the 24-hour dial. Earlier pieces had it in a contrasting color. Between them, it is perhaps the GMT-Master II which lends itself better to being an everyday and every situation watch; however, an equally strong case could be made for either model
As for the Sky-Dweller, its controversial inner dial may only have the capacity to display two zones, but it has something the GMT, along with every other fake watch from Rolex, has never had. Named SAROS, it is the brand’s very first annual calendar complication. Powered by the in-house Cal. 9001, coupled to the second generation of the Ring Command bezel introduced on the Yacht-Master II, a small aperture above each corresponding hour marker is used to designate the months of the year, with the current one filled in a different color. It is gorgeous and practical approach to a complex challenge, and like all annual calendars, it only needs adjusting once a year, at the end of February.
Just like the GMT-Master, but in a totally different way, the bezel is the main point. Consisting of 60 separate components, it is connected to the most complicated movement from Rolex yet – one that itself requires 380 parts and seven patents. Acting as an analog function selector, the bezel can be turned to one of three positions, each one opening up a different operation which is then adjusted with the crown. As a result, designing a Sky Dweller is simple, something many competitors’ almanac watches can’t do.
This means that letting the replica Rolex Sky-Dweller wind down and stop is not as big of a problem as with others, and keeping it on a winder is no longer as significant. It also does away with the need for pushers on the side of the case that would have detracted from its replica watch lines. Yet all that functionality does add to the thickness; the Sky-Dweller measures a full 2mm taller than the GMT-Master, something to consider if you prefer your wrist attire to be on the slimmer side.
Of course, describing them as ‘stainless steel’ isn’t really accurate. The six pieces from the contemporary range that qualify are actually Rolesor – Rolex’s name for their use of stainless steel and gold on a single watch. The cases are steel, while the bezels are cast in either white or yellow 18k gold. On the yellow versions, the winding crown and bracelet’s center links are also made from the precious metal. Even so, it has brought the prices down significantly, and a Rolesor Sky-Dweller is about a third of the price of a solid gold one.
In the end, your choice depends on your personal preference. Both of them are masterpieces of design and engineering, each with its own uniqueness.